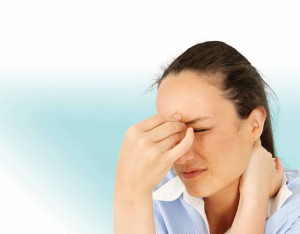 Our sinuses are just hollow air spaces within the bones between your eyes, behind your cheekbones, and in the forehead. They make mucus, which keeps the inside of your nose moist. That, in turn, helps protect against dust, allergens, and pollutants. That’s all normal. So what causes sinus problems?

Common Causes
If the tissue in your nose is swollen from allergies, a cold, or something in the environment, it can block the sinus passages. Your sinuses can’t drain, and this may cause pain. There are eight sinus cavities in total. They are paired, with one of each in the left and right side of the face. 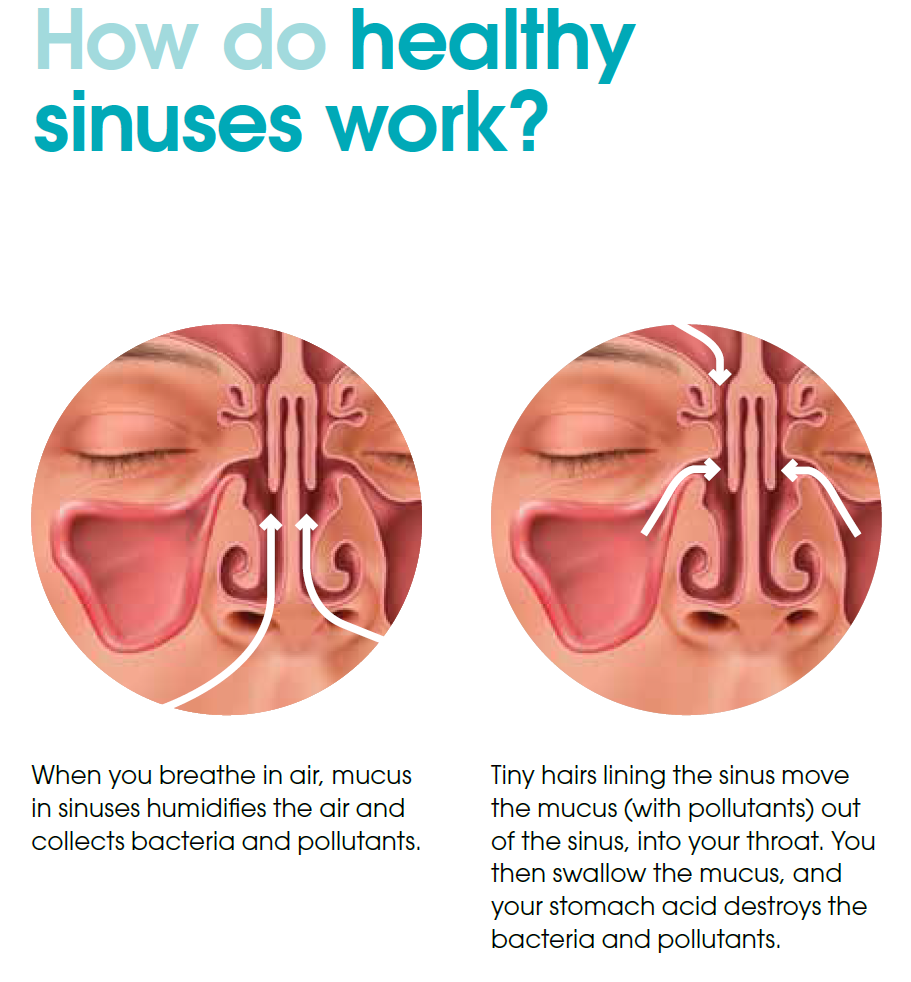 Blockages: Each sinus has a narrow spot, called the transition space (ostium), which is an opening that’s responsible for drainage. If the blockage happens in the transition of any of your sinuses, mucus backs up and causes pressure.

Deviated nasal septum: Your nasal septum is the thin wall of bone and cartilage inside your nasal cavity that separates your two nasal passages. Normally, it’s in the center of your nose, separating the two equal sides. For many people, genetics or an injury can cause one side, or “deviated” making one nasal pathway smaller than another.

Narrow sinuses: Others have variations in their anatomy that creates a longer, narrower path for the transition spaces to drain.

Sinus sensitivity and allergies: Swelling in your nose can be a reaction to things in your environment you are sensitive to or certain foods you eat.

Affecting 35 million adults and more than 6 million children across the U.S., sinusitis is an inflammation or swelling of the tissue lining the sinuses. The swelling can prevent your sinuses from draining. Mucus and fluid buildup inside the sinuses can lead to sinus infections and more inflammation and pain.

Sinusitis can be brought on by a number of different issues. It significantly reduces the quality of life, and can often be difficult to treat, with symptoms persisting despite treatment or recurring frequently. Sinusitis symptoms include:

For many years, patients suffering from recurring sinusitis were left with two choices. They could manage symptoms with ongoing rounds of medical therapy, such as antibiotics, steroids, and decongestants or undergo endoscopic sinus surgery to expand the sinus drainage pathway by having tissue and bone removed with small cutting instruments.

Patients suffering from sinusitis miss work due to the severity of their symptoms an average of 4.4 days per year. They also spend about $2,000 each year on over-the-counter treatments, provider visits, and copays to help manage their symptoms. And even though chronic sinusitis only affects 3 to 11% of adults, it accounts for 12.7 million doctor visits annually and about $20 billion in direct and indirect costs each year.

Get back your life.
Now there is another option. Balloon sinus dilation offers an effective alternative for appropriate sinusitis patients who are tired of ongoing medical therapy and cannot and do not want to undergo surgery but want lasting relief with a quick recovery. A typical procedure lasts less than 45 minutes during which, under local anesthesia, a small balloon is used to gently open and reshape your sinus drainage pathways to restore normal sinus drainage. The result is instant relief that lasts. Many patients resume normal activities on the same day.

Schedule an appointment to talk with your doctor to determine if balloon sinus dilation is right for you.

What causes nasal airway obstruction?
Even a slight narrowing of the nasal valve can lead to a significant reduction in airflow. Structural blockages in three areas are common:

The most common conditions to impact patients are septal deviation, turbinate hypertrophy, and nasal valve collapse. Lateral wall collapse may equal or even exceed septal deviation as the prime cause of nasal airway obstruction. 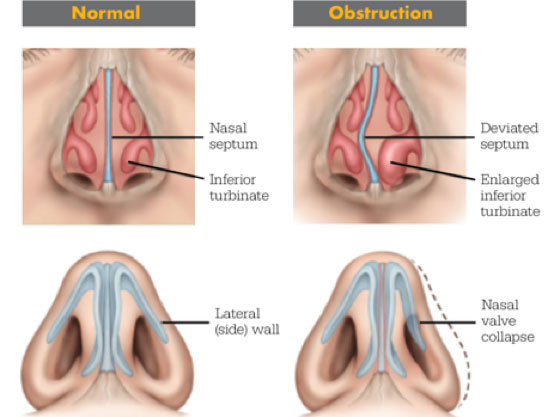 How does nasal airway obstruction affect the quality of life?
A Nasal Obstruction Symptom Evaluation (NOSE) survey is an assessment tool that can help you understand how your patient’s breathing symptoms are affecting their quality of life. NOSE is a simple, five-question, validated survey that uses a 20-point scale to capture breathing symptoms, with higher scores indicating more severe symptoms than lower scores. 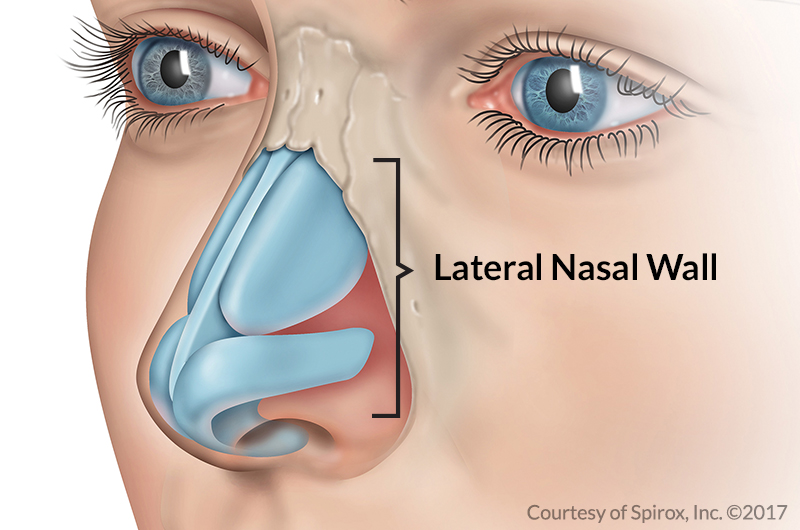 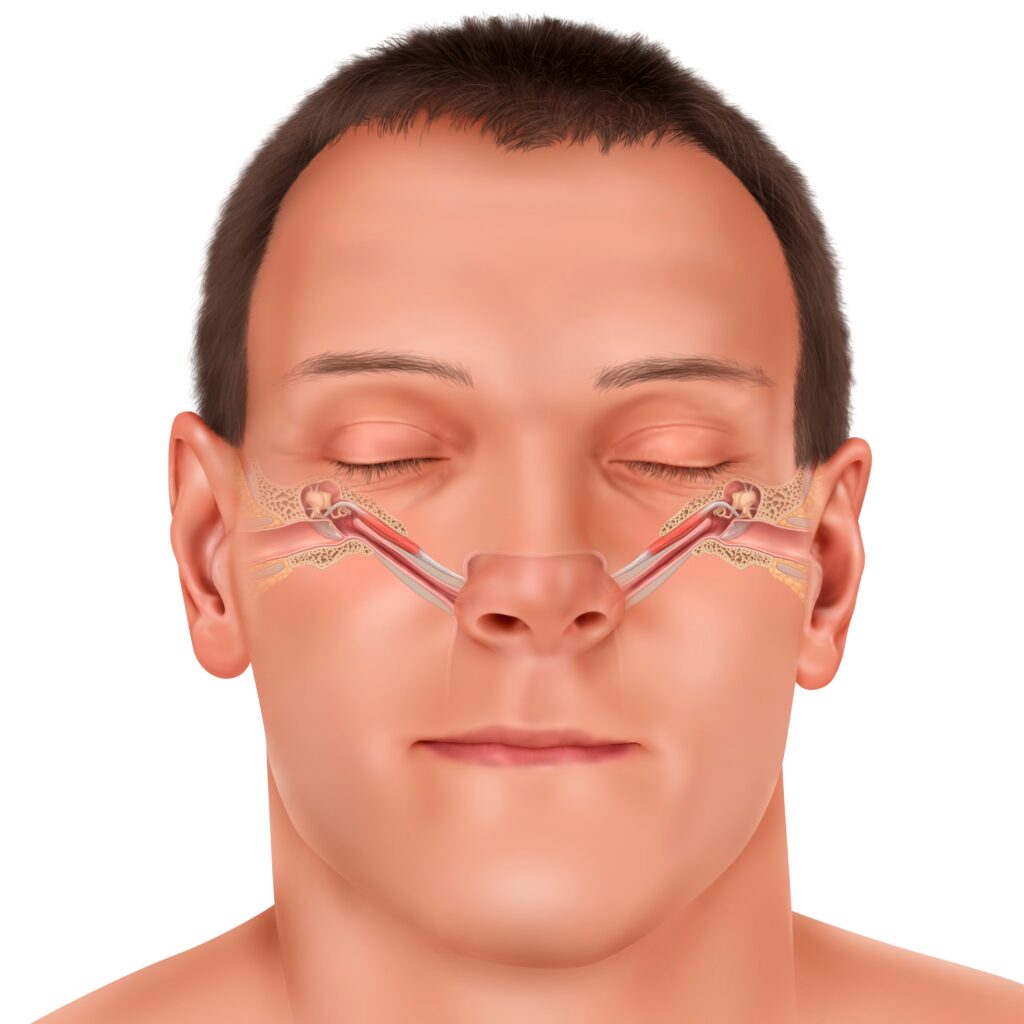 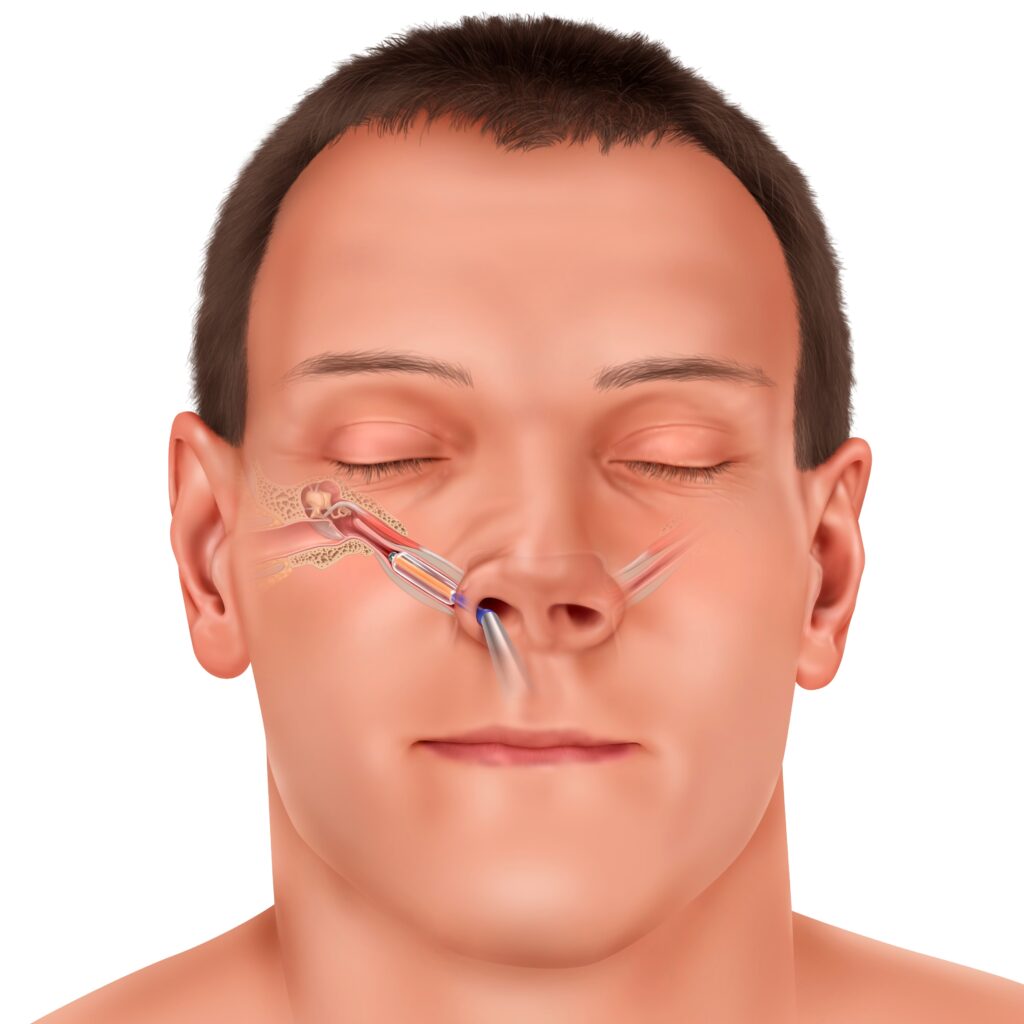